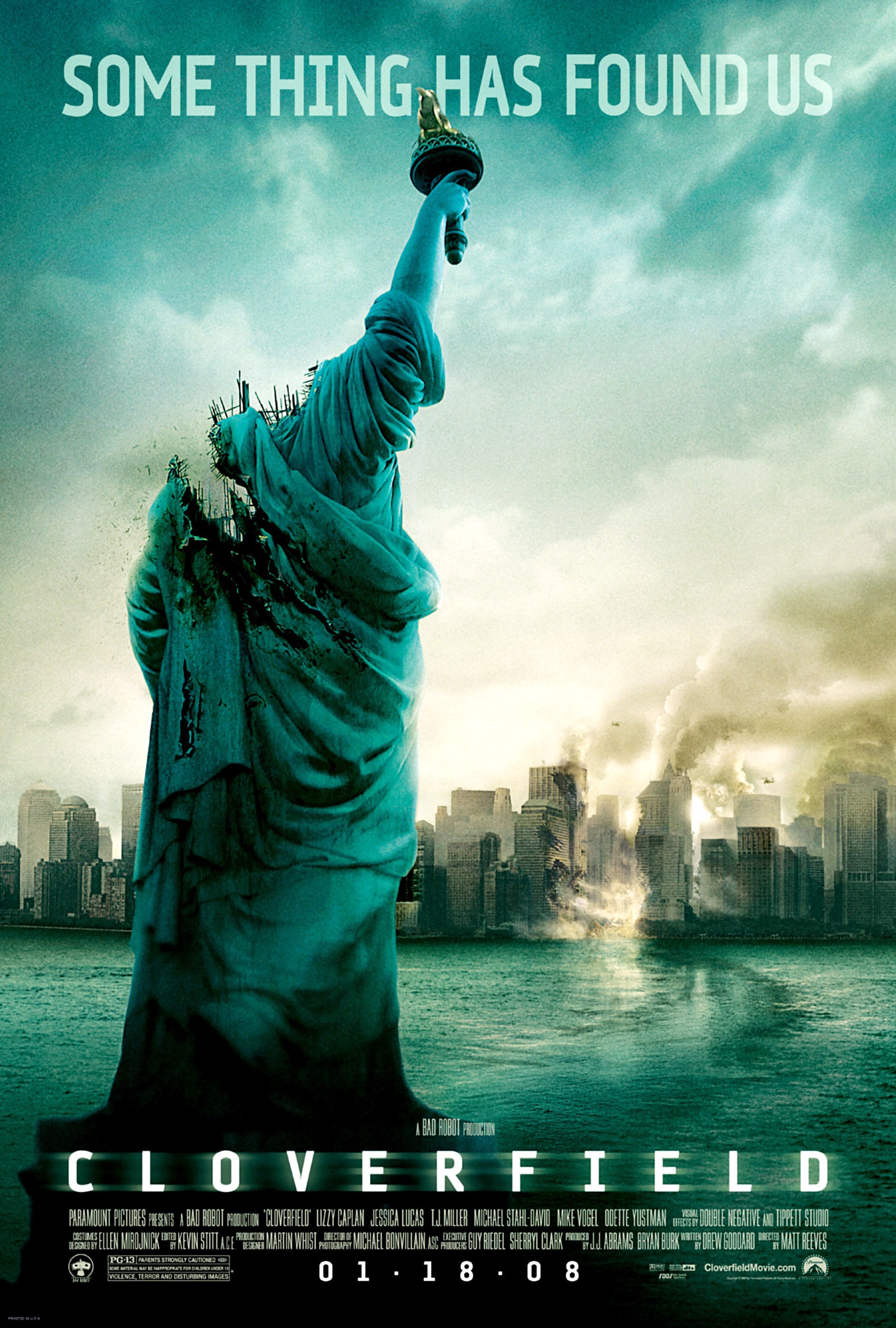 In Cloverfield, director Matt Reeves pulls victory from the gaping, monstrous jaws of defeat. Cloverfield shouldn’t work. It’s characters are unreadable, failing to capitalize on the drama set up in the first few minutes, and usually failing to react with appropriate awe or horror to the carnage around them. They behave so erratically and illogically that the illusion of reality that the found-footage style lends is often lost. Its overarching plot is a simple damsel-in-distress tale, about a man trying to save a woman that the audience doesn’t care about as part of a relationship they’re not invested in. His friends come along instead of evacuating because…reasons. After all, somebody has to hold the camera.

But despite the odds, despite the abysmal script, flat characters, and laughable plot, this film does work. It’s an edge-of-your-seat thrill ride from beginning to end. As a found-footage monster/disaster movie, it portrays a Godzilla-like apocalypse from a unique on-the-ground civilian perspective. By eliminating unnecessary details like “what is it” or “where did it come from,” and without some complicated pseudo-science plot on how to take it down, Cloverfield needs only concern itself with constant tension. Partially that comes from Reeve’s beautiful unity of horror-style filmmaking and disaster-style spectacle, taking the best elements from both and perfectly balancing the pacing to ensure that every bit of action is calm, and that every bit of calm keeps the stakes high. What results is a film that is exciting but neither exhausting nor relentless, and that, unlike similarly intense fare like Mad Max: Fury Road, leaves the audience invigorated but not overwhelmed.

One has to admire Reeve’s talent in working with the somewhat restrictive found-footage style. Unlike traditional filmmaking, every shot must be contextualized within the physical space of the set, forcing the filmmaker into a tunnel, so to speak, where their flexibility is limited by the grounded eye of the diegetic camera. Nevertheless, Cloverfield’s shot composition and striking imagery rivals the best in the genre; few shots in recent disaster movies will stick in the memory like the head of the Statue of Liberty, immersed in red and grey smoke, swarmed by confused survivors.

The monster itself is downright bizarre, like something from Pacific Rim combined with The Thing. Twice Cloverfield throws a twist into its abilities, adding a fear-of-the-unknown factor that pulls it closer to Blair-Witch than one might expect. Reeves is obviously proud of the creation, as the creature seems to rubber band back to the characters wherever they roam in the city, just so the camera can steal a few more glances.

Cloverfield may just be the best mediocre movie of the past decade. It won only one award, the Saturn for best sci-fi, and that’s about all it deserves. But for its creative angle on the established creature-feature genre, and for Reeve’s spot-on direction, Cloverfield is a must-see for the adrenaline junkies of the silver screen.