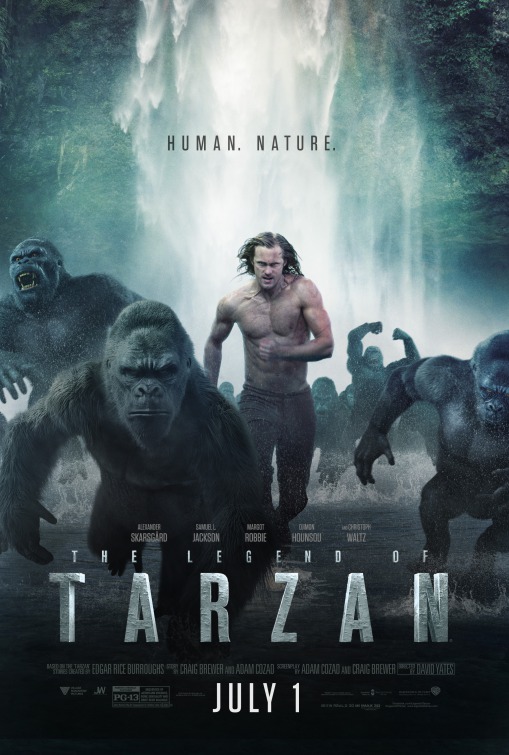 Who asked for this movie? Sure, a reboot of Tarzan isn’t an inherently bad idea, especially considering Disney’s success with the character, but who wanted a historically-contextual Tarzan film, one that not only depicts surprisingly little vine-swinging, but that features no actual animals? The Legend of Tarzan is not an all-bad blockbuster; at points its gorgeous vistas make up for its completely flat characters and exposition filled dialogue. But aesthetics alone cannot make up for The Legend of Tarzan’s biggest problem: the classic Tarzan story is rife with problematic tropes, none of which The Legend of Tarzan can overcome.

It’s certainly aware of the inherent issue of telling a story about a white beastmaster conquering the savagery of Africa. It takes pains to humanize the people of the Congo, to refute the concept of their primitiveness with snippets of culture and sympathy. But ultimately the film uses the Africans in the same way as the brutal Belgians: as tools to be exploited for the white man’s benefit. King Leopold II’s brutality puts him on par with the dictators of the 20th century; some estimates of his death toll are as high as 15 million. The Legend of Tarzan never disrespects this atrocity, but never gives it the depth it deserves either. It comes off as a movie about Jews in Poland during WWII that only mentions the Holocaust in passing. Some Africans are shown fighting with Tarzan, in an obvious attempt to “include” them in the heroic story…but the action always seems to sideline them when it’s time for the real hero to split some heads. Samuel L. Jackson seems like a token, limping alongside the far more agile Tarzan, unable to do nearly as much damage with his rifle as Tarzan manages with his fists.

There is a fine line to be drawn here, between a sympathetic white hero helping resist the horrors of colonial exploitation and between a pale-skinned messiah that exists above his world. The Legend of Tarzan misses this line entirely.

It’s such a shame that, even though the writers were aware of such problems, they never took the time to fix them. At one point, Margot Robbie’s Jane is captured, and is asked by the villain to scream in distress to bait Tarzan. “Like a damsel?” she growls, and spits in the villain’s face.

Well, yeah, like a damsel. That’s her primary purpose in the movie.

But even apart from its societal deafness, The Legend of Tarzan is only mediocre as a blockbusting popcorn-chewer. Its fight scenes look like a gorilla grabbed the camera and started violently shaking it up and down. Its CGI lends life and humanity to the film’s cast of animals, but can’t compare with the richness of its most direct competitor The Jungle Book. It gets bogged down in an overly complicated spiderweb of a story, and takes far too long to reach its spectacular finale set-piece.

There is fun to be had here, and, unlike most apparent cash-in films, The Legend of Tarzan is probably worth the time to lay in bed and be entertained for two hours. But we’re living in the golden age of AAA film, with excellent options from Marvel to The Martian, and yes, The Jungle Book available at our fingertips. With that in mind, there’s no need to settle for this brutish, thoughtless ape of a film.